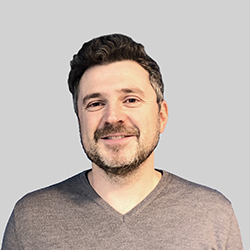 Fabien Walch is Director of Operations at NLMK La Louvière

Fabien joined NLMK La Louvière in 2011 and was appointed Director of Operations in 2018. He became head of the cold rolling department in 2014.

Fabien began his professional career in 2002 at Vesuvius. He rose through the ranks to hold various management positions, including R&D engineer, quality manager, and operational manager.

Fabien holds a master’s degree in Chemistry from the Pierre and Marie Curie University and a degree in Materials Engineering from Polytech Paris.